What is the relationship between this and the "Biodiversity" and "Hygiene" hypotheses?

Old Friends
The "Old Friends Hypothesis" is a crucial branch of "Darwinian" or "Evolutionary" medicine. It is a potential replacement for the now very dated hygiene hypothesis, and is in many ways similar to the Biodiversity Hypothesis, as discussed and referenced in the text accessed via the other tabs.

The bottom line for both the Old Friends hypothesis and the Biodiversity hypothesis is that in order to function correctly the immune system needs "data" from biodiverse microbial inputs. These inputs are absolutely crucial in early life, but continue to be important in adulthood and old age. Without appropriate microbial inputs the regulation of the immune system is faulty, and the risk of chronic inflammatory disorders increases. These increases are already striking in high income settings, and are increasing globally as prosperity increases. This happens because there are life-style changes, described in these pages, that diminish the microbial inputs, and distort the microbiota/microbiome and lead to faulty immunoregulation.

The pages that follow contain mostly recent publications (and some from other authors), together with their abstracts, and links that will enable most of them to be downloaded.... when that is not possible, email me and I will send a copy if I can.

We discuss the evolutionary theory and immunological mechanisms behind the Old Friends Hypothesis, and point out the implications for human health and wellbeing.

A particular interest, that has been explored with colleagues in Germany and the USA, is the reduced stress resilience and the increased prevalence of depression in modern city-dwellers. We argue that this is at least partly secondary to defective regulation of the immune system attributable to the "Old Friends" mechanism.
Biodiversity
The “Biodiversity hypothesis” from the Finnish group and my “Old Friends Hypothesis” are really the same hypothesis. We agree that we need to encounter as much microbial biodiversity from the natural environment as possible. The Finns approach the issue from the biodiversity angle, whereas I approached it from a consideration of the evolution of the immune system:— with which microorganisms did we co-evolve, and therefore on which microbial contacts are we in a state of evolved dependence? We now know how the adaptive immune system and the complex microbiota co-evolved, so that the immune system could “farm” the microbiota while at the same time excluding pathogens. The innate immune system was not sufficient for this purpose and the adaptive system, which evolved in parallel with the increasingly complex vertebrate microbiota, uses random mutation to create a new repertoire of lymphocytes in each new individual. However this is dangerous and this random repertoire needs to be censored and selected. Dangerous clones are eliminated, and potentially useful ones are expanded. This process requires data from the microbiota of the environment. The microbial exposures also play crucial roles setting up immunoregulation, and the background level of activation of the innate immune system. These and other processes are reviewed elsewhere and other mechanisms of the health benefit of microbial contacts are summarised in a detailed review in press
(Rook G. Darwinian medicine: why have we evolved to require continuing contact with the microbiota of the natural environment? In: Hurst CJ, editor. Microbes: The Foundation Stone of the Biosphere: Springer Nature Switzerland AG, Gewerbestrasse 11, 6330 Cham, Switzerland; 2020.)
Hygiene
The “hygiene hypothesis” needs to be abandoned because it went up two seriously misconceived blind alleys and it is clear that we cannot modify it now. It is permanently corrupted and should be replaced.

- First, after it was suggested that microbial exposures from older siblings might protect against hay fever (Strachan 1989), some people attributed the increases in allergies in modern urban environments to reduced exposure of the immune system to childhood infections. But those infections (measles etc) are irrelevant because they are crowd infections that were not present in human populations during human evolution. (Some people think measles did not hit humans until the 12th century, and certainly not before the Roman empire). Moreover the common infections of childhood make allergies worse, not better.

- The 2nd blind alley tends to be perpetuated by the media. This is the view that our homes “are too clean for our own good”. This is nonsense. In the distant past we found shelter in the natural environment, and then we started to build homes with materials taken from the natural environment (natural timber, thatch, rendered with mud, often mixed with straw and dung). The microbiota of such homes was similar to that of the natural environment, even if damp and degraded. But modern homes are built with biocide-treated timber, plasterboard, plastic, concrete etc., so they have a weird microbiota, and even worse, if damp and degrading they harbour organisms that make 2ry metabolites that are toxic to humans because we didn't evolve with them in the past. (Sick building syndrome, for example, often mediated by nasty fungi. Interestingly the Finns are the experts on this too!). So the microbiota of the modern home is irrelevant (but see the exceptions below), and the home should be clean. Hygiene (together with vaccines) is the most useful and important achievement of medical research.

On the other hand, the microbiota of the modern home does become beneficial if it resembles that of the natural environment….. with which we co-evolved. The Finnish groups (Parajuli et al 2018; Ruokolainen et al 2015) have done lots of work on that, and of course cats and dogs bring the microbiota of the natural world into the home. A Danish study shows a linear inverse correlation between childhood allergies and the number of cats and dogs in the home (Hesselmar et al 2018).

CONTENTS
Click below to see brief descriptions of the other pages

A link to those of my publications that are listed in PUBMED. Many of them can be downloaded free of charge by anyone.
This link goes to the UCL site
Prof Graham A.W. Rook, BA, MB, BChir, MD.
Centre for Clinical Microbiology
UCL (University College London)                email:- g.rook@ucl.ac.uk 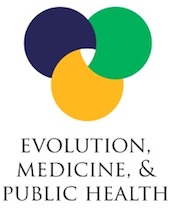